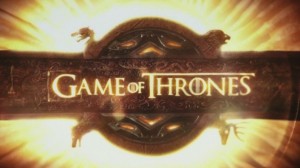 It’s an age old discussion; whether to call people who do this type of performance magicians or illusionists. Some people argue it should be illusionists, because illusion is proven, whereas magic is not. But magic does sound more impressive doesn’t it? Remember when you have watched a fantasy film or television show? There was always some kind of occurrence of magic.

The one TV show that comes to mind is Game of Thrones and what a show that is to watch. It’s absolutely amazing and offers you a mix of medieval style warfare, mixed with politics and an underlying air of magic in the background! It’s surely worth a watch and returns every year, and definitely gets better with every season. From people being raised from the dead by an omnipotent God, to women with fire-resistant skin – this truly is magic.

Illusion is the art of tricking people with your skills of ‘blowing people’s minds’, anything from slipping a coin up your sleeve, so that it somehow appears behind a person’s ear to using a deck of cards to wow the audience; these are all well-known illusion tricks. Magicians such as David Blaine and Dynamo are currently the biggest in the world, there are more on the rise though as it’s a particularly useful and entertaining talent that people always try and figure out but never quite know how it works – it’s a bit like trying to unlock the mysteries of the universe!

Artists such as me are commonly labelled ‘magicians’ which gives us an aura of mystique, which is great because it makes our illusions look even more spectacular. It’s a name that has certainly stuck within the art of performing illusion, so if you’re looking for an illusionist/magician and you’re based in Manchester then why not give me a call? I’ve has been performing illusion magic for years now and I know the tricks of the trade. I was asked to perform at the prestigious Intercontinental Hotel in Qatar for 2 months!

One thing that many magicians do not do is offer 1 on 1 lessons on how to learn close up magic itself. I’m an experienced and dedicated close up magician, who offers these services in the hope that many people, will appreciate magic more. The ‘in your own home’ sessions are particular intimate and you will certainly see the benefits, even after the very first lesson is finished. Give me a call today on 07909 66 77 23 and I’ll certainly be able to arrange a consultation meeting!